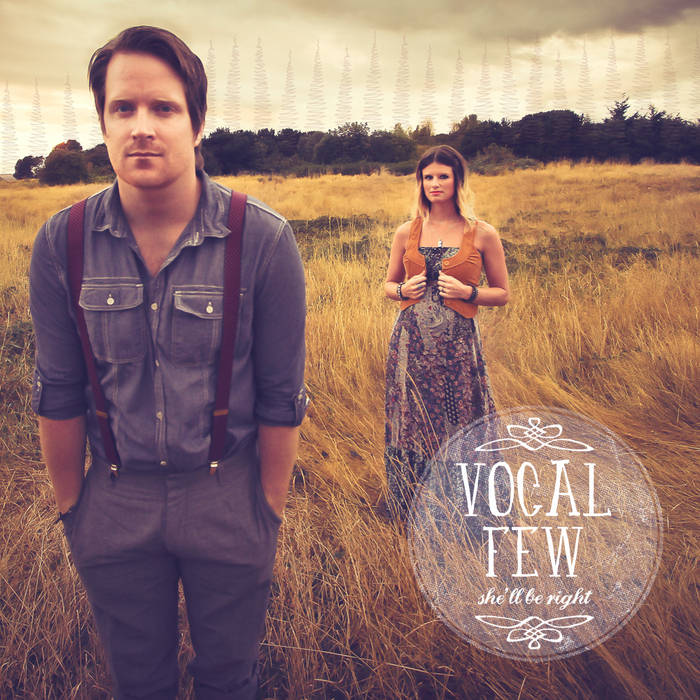 Chandler Ames If you don't own this you're doing life wrong. Favorite track: Every Second.

relayer She'll be right.... Mate!!!
And everything is

Jonathan David I grew up listening to Shawn's primary group, The Classic Crime. The process of this album's creation made one feel apart of a greater community.

Aaron Stripped down and powerful folk music. Everything about it is great. Favorite track: Mexico.

Once in a while things just happen because they make sense.

Vocal Few is Matt MacDonald (singer/songwriter of The Classic Crime) and his beautiful wife Kristie (singer/pianist/lover of Matt MacDonald).

For years Kristie pled with Matt to record songs with her, but Matt, being lazy and a bad husband, always thought "Ugh, that sounds like a lot of work," and shifted topics whenever the project was brought up.

In March of 2011, Matt and Kristie were surprised by a little line on a pregnancy test. It especially shocked Matt, who eventually realized through a long chain of epiphanies, “Oh crap! How are we going to pay for this?”

Kristie smiled. “The EP, of course.”

Matt went off to Australia for a few weeks to think about it (and play shows with his band).

In the land Down Under, Matt was struck with how lazy and carefree everyone was. He felt right at home. On the Gold Coast they have a saying for when people worry. “She’ll be right,” they say, “No big deal mate, she’ll be right.” Matt started telling himself this when he got stressed about how his daughter might survive in this world with a dead-beat musician for a father. “She’ll be right,” he’d think to himself, “She’ll be right.”

That’s the name of the band! Matt thought. No, that’s more of an album title. But it’s great because the proceeds will go to buy diapers and pay for baby checkups and all the weird things babies need and she won't starve or die because this EP will ensure, in part, that She’ll Be Right!

So the She’ll Be Right EP was born, and Matt and Kristie went to work recording as the baby grew.

The project name Vocal Few was settled on for layers upon layers of meanings. Both band members sing the vocals, there are only two in the band, which qualifies as a few. Also, in society the vocal few can change culture, because they’re vocal, active participants in the social discourse. In other words, the squeaky wheel gets the grease, and Matt and Kristie want their songs to squeak, loudly, until everybody in the world is crying out to grease them. Because why not?

Please help them buy diapers by purchasing this EP.