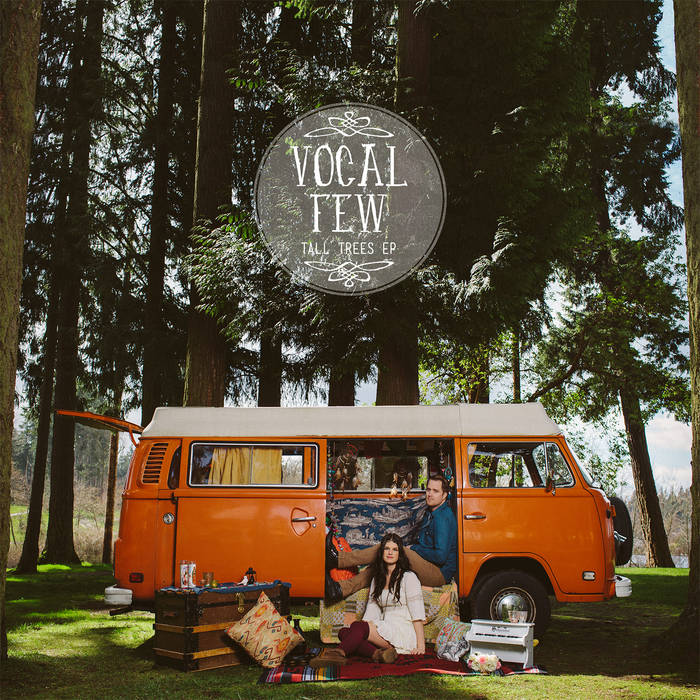 Hanna Puchta Thank you for the joy you remind me of andthe hope you spread! Favorite track: Afraid (Interlude).

Since the release of “She’ll Be Right” in January of 2012, life for the MacDonalds’ has been… busy. After SBR debuted at #3 on the iTunes Singer/Songwriter charts and #8 on the Billboard Folk charts, Vocal Few decided it might be a good idea to play a show or two. So they did, and it culminated in the completion of their first Living Room Tour in July of that same year (with infant child in tow).

The hope for the SBR EP was to raise money to help with expenses following the arrival of the MacDonald’s firstborn daughter, Praise. As it turns out, many diapers were purchased - and miraculously, the Macs were able to take care of some nagging debt they had accumulated while Matt was gallivanting across the countryside for the last decade. It afforded them the ability to pay the rent and purchase health insurance and take care of their basic needs. Not only that, and perhaps more importantly, it seemed to connect with people on a deeper level. Basically the SBR EP was, much to Vocal Few’s surprise, a happy success. So why not keep it going?

That’s right, the Macs are soon to become a family of four. What? That idea sounds crazy to Matt, because he still feels like a child (he was emotionally stunted from spending his twenties driving around the country in a van). Kristie is really excited, though, because she is living her dream. So Matt has hunkered down and done the only thing he knows how to do, which also happens to be his dream: To make music.

This new music is called the Tall Trees EP. It is called this because several months before it’s conception the MacDonald family moved out of their tiny, one-bedroom, urban apartment and into a small suburban house amongst a smattering of ancient trees. There’s a certain feeling that comes over them as they drive along their street. Gone are the tall buildings, the hustle and bustle of city life, the busses rumbling by their window... It’s quiet. There’s something calming about living in the shadows of trees as tall as skyscrapers. They’re hundreds of years old, and over time their roots have become expansive networks lodged deep into the dirt, holding the foundations of their communities together. It’s a calming and inspirational metaphor for starting a family.

The Macs are growing roots that will hopefully become a metaphorical “tall tree” in the future - a legacy of peace and security that only comes from planting and nurturing a natural thing. The Tall Trees EP is another step towards something more stable, and Kristie, Praisie, Matt, and the new one all depend on its ability to reach and resonate deep within people. They hope that through listening, others like them can share in the joys and struggles of living simply. They thank you for being a part of their adventure.

Mastered for vinyl and CD by Troy Glessner at Spectre Mastering
(www.spectrestudio.com)

Violin on “The Road,” “One Day Soon,” and “Good Enough” played by Jodi Bagge

Group Vocals on “The Road” and “One Day Soon” sung by Dan Koch, Torry Anderson, and Brian Hibbard of Wayfarer (www.wayfarerhymns.com)
Additional vocals on “Afraid (Interlude)” sung by Jaffrey Koch

Intro song clip from “Simple and Free” was sung by “Pops,” a local Seattle street musician. It was recorded in front of Streamline Tavern with an iPhone.

Thank you for supporting our music and family by purchasing this recording. We could not do this without you. Please accept our deepest gratitude.